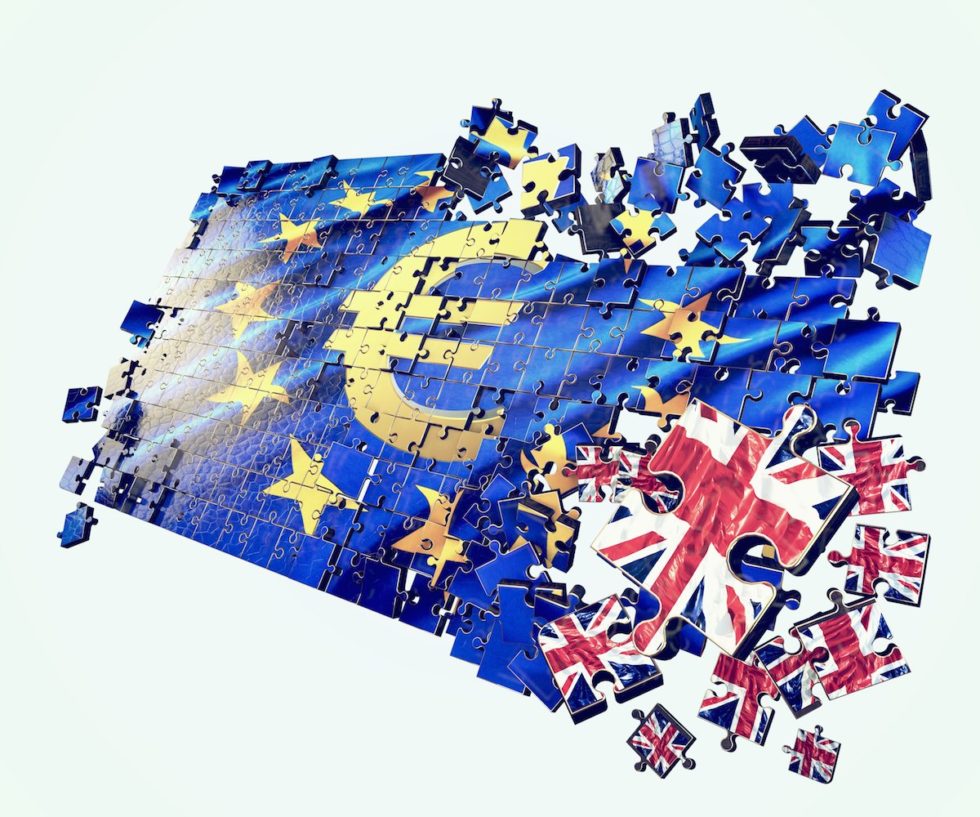 Brexit will directly or indirectly influence 65 million people in the UK, but it will fundamentally affect the lives of 4.7 million people: the 3.5 million European Union (EU) citizens in the UK and the 1.2 million Britons in the 27 EU countries. This is more than the population of 9 of the 28 countries in the EU, namely Malta, Luxemburg, Cyprus, Estonia, Latvia, Slovenia, Lithuania, Croatia and Ireland. There are a lot of lives a stake. In fact, the numbers involved are much larger. For example, I am a Briton in Germany but my family are German, so do not count among the 4.7 million. There will be many cases of mixed nationalities, so the true number of lives affected is higher.

4.7+ million is a statistic. People´s families, hopes and futures are not. Brexit puts lives at stake.

The epitome of personal freedom: gone with the wind

These people migrated to the UK/EU in good faith. There are four fundamental rights at the heart of the EU. Of those, the freedom of movement of people to work, travel, study, retire, etc. anywhere within the 28 countries of the EU is fundamentally important. 4.7+ million EU/UK citizens migrated in good faith, created new lives for themselves and put down roots. In doing so, they automatically acquiring the same rights as their fellow citizens in the countries that they are living in.

It is the epitome of personal freedom across 28 nations. 508 million people currently have this right and nothing of the sort exists anywhere in the world. But a year ago, 52% of eligible British voters voted to unilaterally turn their back on this and the other fundamental freedoms of the EU (i.e. freedom of moment of goods, services and capital).  To be fair, only 37% of eligible voters voted Leave, which means that 63% of eligible voters did not vote to leave the EU. It is a pity that the government chose a simple majority, rather than setting a higher threshold for a decision with enormous implications. I was not one of the voters and many other adult Brits living in other EU countries were similarly denied a vote because of the so-called “15-year rule”. As I have previously written, “Britain has taken away my right to vote (and I want it back).”

Is it fair and reasonable to simply cut-off 4.7+ million from all the rights and benefits that they are currently entitled to because of a margin of 2% of the eligible British voters decided that they “wanted their country back” and were willing to play fast and loose with the rights that the EU confers? Can we reasonably expect people to simply pack-up and “go home”? What about the uncertainty, stress and distress involved for them, some of whom have been informed by the Home Office to prepare to go home at the same time as it makes it as difficult and complicated as possible to apply for UK citizenship?

We are talking about ordinary people who legally took-up their rights and who are now uncertain about their homes, jobs, education, pensions, health provision, families and indeed their futures.

Small wonder then, that the EU has prioritised sorting out the future of these 4.7+ million people who are caught in the cross-fire of Britain´s decision to leave the EU supposedly in order to control their own border, laws and destiny.

Only, it is not just its own destiny that is affected by Brexit.

It is also the destiny of people who had no vote (both EU nationals in the UK and Britons like myself) and no say on their own future. A Conservative government called an unnecessary EU Referendum primarily in a calculated and cynical effort to save its political skin from the threat of the UK Independence Party (UKIP). Its gamble backfired, delivering political chaos and threatening the long-term economic decline of the UK. This humongous miscalculation has the potential to divide the Conservative party and consign it to the dustbin of history. It has already split the country asunder at multiple levels and a very uncertain future awaits the country as a result.

The EU has made it clear that it has three absolute priorities before it is anywhere near being ready to negotiate the only thing that really seems to matter to the UK government, namely a trade deal. These include the Brexit financial settlement, the Republic of Ireland / Northern Ireland border and the rights of EU/UK citizens. The EU Guidelines for Brexit Negotiations makes it clear that the rights of citizens matter above all else:

“The right for every EU citizen, and of his or her family members, to live, to work or to study in any EU Member State is a fundamental aspect of the European Union. Along with other rights provided under EU law, it has shaped the lives and choices of millions of people.  Agreeing reciprocal guarantees to safeguard the status and rights derived from EU law at the date of withdrawal of EU and UK citizens, and their families, affected by the United Kingdom’s withdrawal from the Union will be the first priority for the negotiations. Such guarantees must be effective, enforceable, non-discriminatory and comprehensive, including the right to acquire permanent residence after a continuous period of five years of legal residence. Citizens should be able to exercise their rights through smooth and simple administrative procedures.”

The nationalities most affected are Britons (about 1.2 million) and Poles (about 900,000). Needless-to-say, it should be the UK´s absolute priority to regulate the situation of so many British lives living in EU countries ASAP. Only it is not.

Theresa May and her merry band of Europhobic Brexiteers have chosen to play fast and loose with people´s lives. For over a year, they have made a point of perpetuating the uncertainties. They have chosen to play a coy game of waiting and seeing, using the lives of 4.7+ million people like so many pawns to be positioned and/or sacrificed in their callous and atrociously incompetent game of Brexit chess. Shameful is the word that readily springs to mind.

Interestingly, Mr George Osborne, the former Chancellor of the Exchequer and now Editor of the Evening Standard, has just alleged that, in fact, the former Prime Minister, David Cameron, had tried to settle the issue of EU citizens’ rights unilaterally immediately after the EU Referendum. However, this was vetoed by one member of the cabinet. This person was none other than the ex-Home Secretary, as it enhanced her prospects of becoming Prime Minister. We are, of course, talking about none other than Mrs Theresa May. If true, this indicates that she thought nothing of toying with people´s lives in order to better position herself to become Prime Minister. The list of wooden, robotic, crude, calculating, incompetent and downright cruel decisions keeps growing. At some point, bad luck or circumstance can no longer account for the black marks. They cast an increasingly unflattering light on her past, present and future legacy as a politician, if not as a person.

The official Brexit negotiations finally got going on the 19 June 2017, though the emphasis was on “talks about talks” and the UK´s wishful thinking was immediately exposed. On the 23 of June 2017, Mrs May travelled to an EU summit in Brussels and presented her opening offer on EU citizen rights, having let the issue hang for so long. What did she come-up with? Was it perhaps to do the simplest thing to put an end to the uncertainty for 4.7+ million lives by matching the EU offer? Not on your nelly. Why would the British government immediately end the uncertainties hanging over the future of 4.7+ million people, 25% of whom are Britons, in one fell swoop when it can continue to play politics with so many people´s lives?

Our beloved Maybot chose instead to continue to play the immigration card and prolong the uncertainty for short term political gain: at least she is strong and stable in this respect. She presented her vision of a “fair and serious” offer to protect EU citizen rights by offering them a new “UK settled status” for EU migrants who had lived in the UK for five years with rights to stay and access health, education and other unspecified benefits, subject to the EU27 states guaranteeing Britons the same rights. Rather than determining whether these would also apply to dependents and setting the date at which the 5 years qualifying starts, she chose to be vague about this (sometime between March 2017, when Article 50 was triggered and March 2019, when the 2-year period of Brexit ends), thereby creating another source of uncertainty for many people who have been in the country for less than the qualifying period. Furthermore, she circumvented the EU´s position that EU citizens´ rights be enforceable by the European Court of Justice, which is a sticking point among Europhobes.

This falls well short of the EU´s negotiating position which is basically that EU citizens living in the UK should retain all EU rights in perpetuity, with the same applying to Britons living in the EU27. This is a simple, transparent and fair position that people can relate to. This is what fair and serious looks like as compared a British government persisting in using EU citizen as bargaining chips in Brexit negotiations.

The EU was quick to point out that EU summits are not the place to initiate negotiations. The British Prime Minister does not appear to understand that two teams have been selected with the mandate to negotiate the terms of Brexit. Various EU, German and French politicians have stressed that the so-called fair and serious offer was “below expectation”, but a “good start” even if “no breakthrough” and that “there was a long way to go.” In other words, the offer was not taken to be either fair or serious and crashed like a lead balloon. It could have been predicted, had Mrs May and the Europhobes not been so isolated and deluded. The official UK offer will be presented on 26 June 2017; we all await it with bated breath.

The Maybot and the Europhobes continue to try to be “bloody awkward”, rather to focus on normalising the lives of 4.7+ million people. So here are three questions for the UK government:

4.7+ million lives are not so many bargaining chips to be used to try to extract EU concessions.

Tomorrow, I expect my government to stop mucking about and sort it out.

By that, I do not mean begrudging, half-hearted solutions but the real deal.

We and our families are entitled for the rest of our lives to whatever rights existed before the EU Referendum unilaterally threatened to take them away from us.

We entitled to no more and certainly no less.