How extensive is EU benefit tourism in the UK anyway? 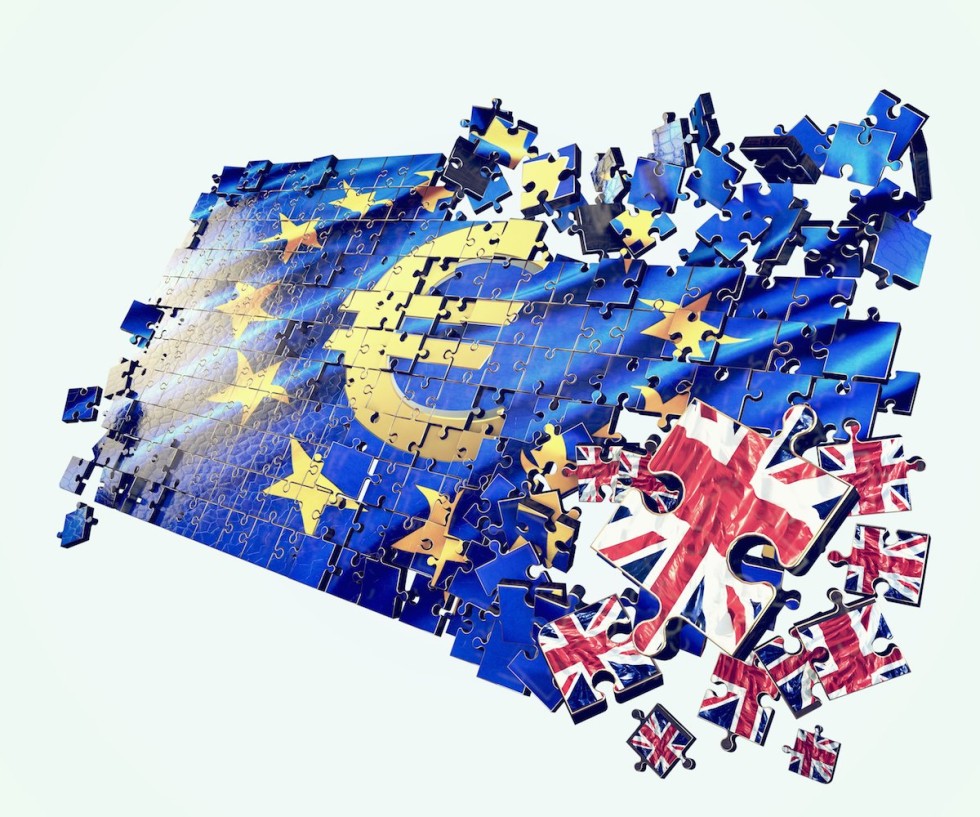 A cursory reading of Britain’s most popular newspapers might leave the distinct impression that immigrants, especially from the European Union (EU), are beating a path to the UK specifically in order to take-up welfare benefits, live in social housing, avail themselves of the health system and generally live the high life on the back of the hard-working citizens of the UK (i.e. benefit tourism) who actually pay taxes and thus subsidise the lives of such EU citizens.

Immigration generally is “the” issue of the forthcoming EU referendum and if the above characterisation of the situation remotely reflects the truth, I would be campaigning to leave the EU too. Not surprisingly this is one of the key arguments of Eurosceptics and Brexiteers in the debate over the future of the UK in the EU. So this post examines the extent to which the EU freedom of movement of people contributes to benefit tourism in the UK.

There are four fundamental freedoms in the EU which are designed to create a common market in Europe, namely to: sell goods, sell services, invest and work anywhere in the EU. Britons have no issues with the first three freedoms but remain deeply concerned about the fourth.

The first point to note, as discussed in the previous post on EU immigration, is that the freedom of movement of people is not possible for seven years upon joining the EU, unless a nation chooses to opt-out as the UK did (together with Ireland and Sweden) in 2004. So, for example, the Croats will not be able to work in the UK until 2020 unless a country, such as Germany, decides otherwise. This is to ensure that there is not a rush out of a country that joins the EU. The second point to note is that out of the 508 million people in the EU, only 2.2% of them chose to live in another country of the EU. There is clearly no mass exodus of people from one EU country to another. The third point is that though the UK is indeed a very attractive country to move to, it by no means the only one or even the main one in the EU.

In terms of net migration (those arriving minus those leaving), the countries with the largest net inflows of foreign nationals were Germany (452,000), UK (267,000), Italy (235,000) and France (71,000) in 2013. The reality is that the more economically dynamic a country is, the more it is likely to attract people looking for work or to improve their lives.

Turning specifically to the issue of benefit tourism, the evident suggests that EU citizens come to the UK to study, work or to join their families, rather than because of the allure of the UK’s social benefits. This is illustrated in the graphic below, which shows that family reunion used to be the dominant entry route. Student inflows became the main reason for entry, but this has fallen significantly in recent years, something which is connected with the Conservative government’s drive to cap net migration at 100,000 per annum. Most immigration from the EU is for work-related reasons, whereas most immigration from outside the EU is for study-related reasons. 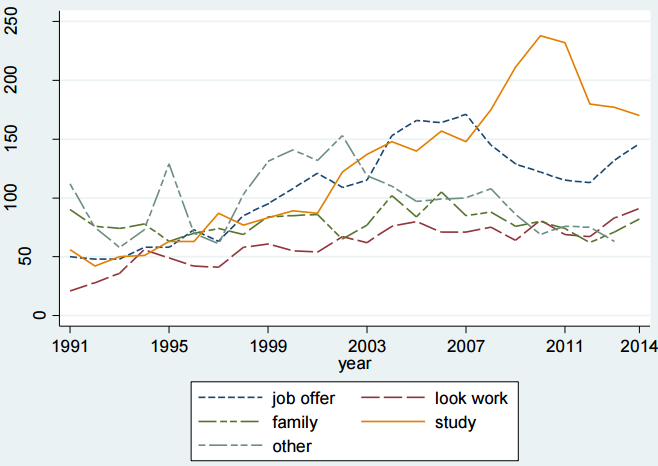 Furthermore, the same study shows that immigrants are better educated than their UK-born counterparts and that the educational gap is actually increasing over time over time. The “old” Europe or EU-15 migrants are twice as likely to be graduates and the “new” Europe or EU-8 migrants (the 8 Central and East European countries that joined the EU in 2004) are also more likely to be graduates than the UK-born, and most others have intermediate levels of education.

The conclusion of the research is unequivocal:

But even if there is little or no evidence that EU immigrants to the UK reduce jobs and wages, housing or other public services (housing and health services are discussed in subsequent chapters), this cuts little ice with the Leave campaigners. They maintain the “benefit tourism” rhetoric in relation to EU migration, stressing that an unspecified proportion of EU migrants come to Britain specifically to take advantage of its generous welfare state.

To be fair, such belief is not unique to Britain. In Germany, similar pronouncements are regularly made by the CDU/CSU, the mainstream right of centre parties, as well as the Alternative für Deutschland (AfD), a fast growing populist party. The AfD is the equivalent of UKIP. It wants to leave the Euro, rather than the EU, while also stopping benefit tourism and the flow of refugees to Germany. Both parties are aided and abetted by segments of the media in driving a general notion that EU benefit tourism is pervasive, unfair and must be stopped forthwith.

What exactly is the scale of EU benefit tourism?

A detailed report (ICF GHK and Milieu Ltd, 2013) concluded that non-active EU migrants represent a very small share (0.7% – 1.0%) of the total population in EU Member States. The evidence is that non-contributory benefit payments to immigrants account for between 1% – 5% of all benefits paid in France, Sweden, the Netherlands, etc. and above 5% in Belgium and Ireland. However, the share of non-active EU migrants is very small, both in the UK (1.2%) and in Germany (1.1%).

Other research examining recent EU immigrants to the UK of working age who are not students, not in employment and not in receipt of state benefit, estimates that this group amounted to 39,000 people received any benefit, including child benefit. To put this in perspective, this is only 1% of all recent EU nationals in the UK who are of working age, not students, not in employment but in receipt of some kind of state benefit. Since non-EU immigrants typically cannot access benefits until they have been resident in the UK for five years, it is unlikely that they would migrate with the intention of accessing state benefits.

The Government’s own authoritative Balances of Competences review on the Single Market Free Movement of Persons (2014, paragraph 2.55) observed that:

“… none of the evidence we received was able to point to specific research or analysis on the importance of access to social security benefits in the decision to migrate.”

Whatever the Leave EU faction and segments of the media may claim, EU benefit tourism, to the extent that it exists, is much lower than the native population’s own use of such benefits. This reinforces the point that EU nationals come to the UK to work, not to sponge off Britons. Benefit tourism is not worth getting worked-up about, unless it is for cynical political reasons.

A storm in an English tea-cup

People generally emigrate due to the prospect of employment and better wages, rather because of the lure of welfare benefits. The EU migrant population is younger and better educated than the average Briton; the unemployment rate among EU migrants is also lower than that of the average Briton. When the figures for both non-EU and EU migrants are analysed, it is hard to avoid the conclusion that the benefits tourism hysteria affects very people from the EU living in the UK. This is a storm in a tea-cup whipped-up by those that seek to pander to popular misconceptions rather than standing-up to them.

Benefit tourism, whether from the EU or elsewhere is largely a myth. It is not only that not many migrants are eligible to get benefits in the UK. It is that the great majority of EU migrants actually pay more than their share and take very little out in the form of benefits of any sort. EU migration is good for the tax man and for the welfare state in Britain.

-- Download How extensive is EU benefit tourism in the UK anyway? as PDF --