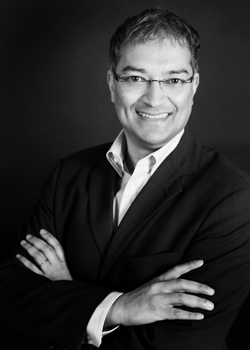 A blog is first and foremost a personal view of the world. As such, it is important to clarify who I am and my background. The name Ricardo Pinto signals that I am neither truly English nor German. I have a Portuguese name, was born in Mozambique of Goan descent and also lived in Portugal (Indian and Portuguese influences). I went to live in the United Kingdom in 1977, studied (B.Sc. and Ph.D.) and worked at the London School of Economics (Centre for Economic Performance). I also undertook a secondment in the House of Commons, worked at the London Borough of Hackney, as well as UK consultancy firms. I am British, as are my parents and most of my closest friends. I am proud to be a Brit and am fortunate enough to have spent my formative years in the UK and to have benefitted from studying and working at the LSE. But I do not claim to be truly English (a complex issue in itself). I am a great admirer of a great deal about the country, the culture and the people. However, my discomfort with some recent developments, not least in relation to the increasingly anti-EU, anti-immigration stance, the acceptance of unaffordable housing, etc. in the UK will become obvious from reading my posts. With some notable exceptions, not enough prominent and influential Brits are willing to stand up and be counted in counteracting what is an increasingly fractious public discourse.

Simultaneously I have had links to Germany ever since 1997, when I first got to know my future wife. Prior to that my knowledge of Germany, in common with most Brits, was pretty much restricted to the Nazi period; Berlin as the nexus of Cold War spying; and the most likely battleground for a possible World War III courtesy of a diet of war films on TV during the Festive Season in the UK. When it came to the arts, sport (other than the national football team), science, technology and many other fields which I now associate with Germany, was not exactly profound.

Meeting my future wife, visiting Germany regularly, moving to Hamburg, working for a German consultancy, building a house in her “Heimat” (the closest translation would be roots or home), having two children and establishing a business have deepened my knowledge and increased my appreciation of Germany and Germans. Seventeen years have passed since I moved to Germany; enough time to learn the language and appreciate some of the more subtle aspects of German culture.

In September 2017, I gained dual citizenship. In short, I not only feel AngloGerman, now I am AngloGerman.

But I am neither truly English nor German but a fusion of both cultures (as well as a few others for good measure). I am comfortable with both these cultures and these societies, hence the “AngloDeutsch™” Blog.

Moreover, although Germany is my base, I travel the world as an international consultant and get to experience other cultures and value systems. Having lived and/or worked in over 40 countries, I am exposed to other ways of thinking, different traditions and alternative values beyond those that might be described as being “Anglo-Saxon” or “Germanic” (acknowledging the influence of Germanic tribes such as the Jutes, Angles and Saxons in England and thus the overlaps in the two). This sheds light on alternative views of the world or how it might tick a little better.

Being neither truly German nor English yet still being very much part of both cultures, I think I am suited to write about Britain and Germany, as well as the European Union (hence the suffix of the domain “.eu”). I believe this “otherness” yet “sameness” affords me a good vantage point for writing this AngloDeutsch™ blog. There is no reason to be defensive about or be apologist for anything, past or present, connected with Germany or Britain. There is no historical debt owed to Europe or the European Union by virtue of country of birth or, for that matter, any instinctive allegiance to or acceptance of a special relationship with the USA or the Commonwealth. In short, I believe I am freer than most Brits and Germans to express my views in relation to the themes covered in this blog.

I shall endeavour to write about the two countries that I have come to appreciate and love. This is by no means a “my country is better / bigger / richer than yours” blog; it is much more a “what can we learn from each other” sort of thing (hence the concatenation of “Anglo” with “Deutsch”). Writing equitably is not the same as writing dispassionately, avoiding all possible controversy or seeking to fully balance the two countries to be politically correct, otherwise there would be no reason for the AngloDeutsch™ Blog.

Although the focus will be on a comparative perspective, informed by analysis, as well as personal experiences. I shall also focus on one or the other country when it suits to do so. To start with, the AngloDeutsch™ Blog will focus (but not exclusively) on the UK since I view recent developments with anxiety, not least the forthcoming straight in/out referendum on the EU, as well as the anti-EU and anti-immigrant discourse. I also intend to base some posts on my own professional and personal experiences in the UK, Germany and elsewhere.

I expect to reap the reward of criticism for expressing my views on sensitive matters. My hope is that through my posts, the people of the two countries, and perhaps others, might come to understand each other a little better.

Who knows? The world might just become a slightly better place for it, in which case the effort will have been worthwhile.